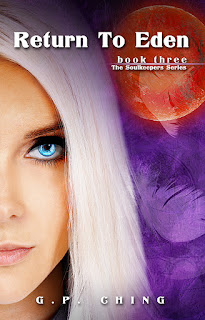 I'm just beginning to plan my blog tour for Return to Eden. If you would like to be included in the tour, please send an email to gpching (at) gmail (dot) com with a link to your blog.  I'll be contacting bloggers soon with details and don't want to miss anyone interested in participating.
by Genevieve Jack at 12:35 PM
Email ThisBlogThis!Share to TwitterShare to FacebookShare to Pinterest

Books I love: The Green 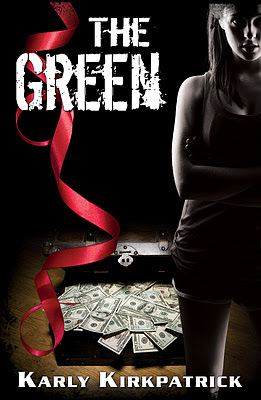 I don't frequently give my personal opinion on other author's books, but Karly Kirkpatrick released a book this week that I LOVE and I want to tell you about it.  I had the pleasure of critiquing The Green when it was in development and I can say without a doubt that I whizzed through this one, desperately turning the pages.


Seventeen-year-old Ariceli Pisa is a senior at the prestigious Cambridge High School and has her sights set on Northwestern University. She's a cheerleader, a member of the National Honor Society...and a drug dealer. That's not the only secret she has to keep from her best friend Naomi--she’s also madly in love with Naomi’s ex-boyfriend, James Bartlett. Trying to balance her life at Cambridge High with her new demanding job keeps her teetering on the edge of disaster.


The Green reminded me of Risky Business, teen pushed too far dabbles in illegal activity to survive and grows from the experience.  There is plenty of excitement and romance, too.  I think you'll love Aricela and empathize with her plight. Check it out!
The Green is a steal at $3.99. Available now:  Amazon, Barnes and Noble
by Genevieve Jack at 6:36 PM
Email ThisBlogThis!Share to TwitterShare to FacebookShare to Pinterest

And the Winner is...

Thank you to everyone who stopped by during the Indelibles Blog Hop. Our launch was a great success and we couldn't have done it without the support of all of you awesome YA and MG readers, reviewers, and fellow authors.

If you haven't heard yet, the winner of the Kindle Fire Giveaway and 25 e-books is Chris Fenimore.

The winner of my individual blog giveaway is VALERIE!   Valerie, please contact me at gpching (at) gmail (dot) com with your choice of book within 48 hours or I will choose an alternate winner.  Thanks!
by Genevieve Jack at 6:03 PM
Email ThisBlogThis!Share to TwitterShare to FacebookShare to Pinterest

Welcome to The Indelibles Blog Hop!

In celebration of our official launch, we are giving away a KINDLE FIRE! If you’d like to start at the beginning of the INDELIBLES ON FIRE GIVEAWAY BLOG HOP, then please start here:


If you are already mid-hop, then welcome to your next stop! By following the link at the bottom of this post, you can proceed to the next author (and check out the awesome, individual giveaways we are doing along the way!). If you are entering to win the KINDLE FIRE, don’t forget to make a note of the keyword at the end of every blog post - the words spell out a phrase you will need to enter the contest on the last stop.

Who are we? We are twenty-five independently published and small press authors. Each week, we’ll explore fun, fabulous, and fierce topics for today’s teens, drawing on pop culture and themes from the books we write. Check out our official launch Monday, January 9th for fun giveaways at http://indeliblewriters.blogspot.com/. We’ll also be having a “blogger” chat on January 11th and a writer/author chat on the 18th to answer questions about self and indie pubbing. See our blog for details.


Now to introduce myself.


I'm G. P. Ching and I write paranormal, young adult fiction. I'm the author of The Soulkeepers Series: the Soulkeepers, Weaving Destiny, and Return to Eden(coming soon). For fun, I love a good ghost tour or a walk through a creepy old cemetery. I live in central Illinois with my husband, two kids, and one very demanding guinea pig.

Since I've recently given away thousands of books, for my personal giveaway, I will gift your choice of one of the Indelible's ebooks. Leave a comment below to enter.

Your next stop is Katie Klein and don't forget to write down my keyword LEAVING for your chance to win the Kindle Fire!
by Genevieve Jack at 5:00 PM
Email ThisBlogThis!Share to TwitterShare to FacebookShare to Pinterest 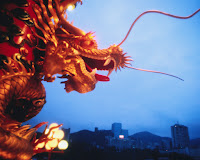 2011 was a year of change for our family.  I became a mother to a teenager when my oldest daughter turned thirteen. My youngest spent her last year in the single digits and my husband and I celebrated our tenth anniversary.

With the help of Megg Jensen, Karly Kirkpatrick, and Angela Carlie, I published my first two books this year: The Soulkeepers in March and Weaving Destiny in September.  Over 150,000 copies were downloaded in 2011 and writing became my full-time job.

Later in the year, I got to know some extremely talented authors when Magan Vernon joined DarkSide Publishing, and I joined Heart and Scroll and the Indelibles. You'll hear more about the Indelibles this year, but those are their books in the right margin of my blog. I also met some book bloggers who changed my life and some fans who make me smile every day.  I also learned to use Facebook, Twitter, Goodreads, Blogger, iWeb, and Google+. Well, some of them I knew how to use before, but not like I do today!

It's been a year of growth, of relative health, and of surviving the economic roller coaster in our state. Overall, I can't complain about you 2011.  You were good to me.

Here's wishing all of you a 2012 filled with new friends, golden opportunities, health, and happiness!


by Genevieve Jack at 11:02 AM
Email ThisBlogThis!Share to TwitterShare to FacebookShare to Pinterest
Newer Posts Older Posts Home
Subscribe to: Posts (Atom)