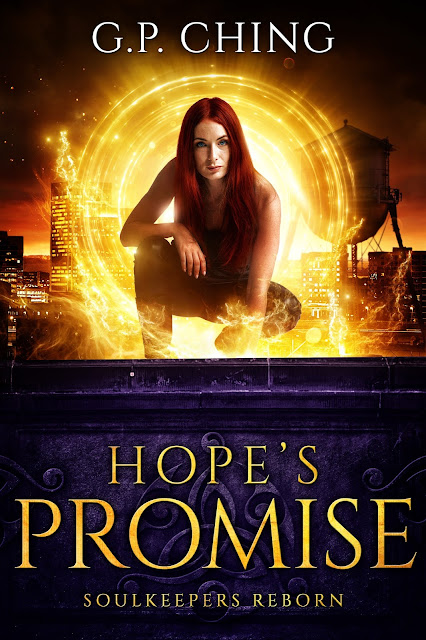 Now that she’s fully accepted her role, Hope takes up the mantle of Healer to lead a new team of untrained Soulkeepers. Repurposing Revelations to be a training ground won’t be easy, not when the source of its power has been disrupted, and the only woman who knows the island’s secrets is on her deathbed. Time isn’t on Hope’s side. Lucifer is on the move, injured and unable to return to Hell. He’s found a way to amass power by consuming human souls. Worse, if he grows strong enough to get his hands on an ancient weapon before Hope does, everything the Soulkeepers fought for could be undone. Sinister plots, unlikely allies, and old temptations plague the new team. Can Hope’s promise lead them to victory? Or will her inexperience doom them all?
by Genevieve Jack at 2:34 PM
Email ThisBlogThis!Share to TwitterShare to FacebookShare to Pinterest
Newer Posts Older Posts Home
Subscribe to: Posts (Atom)