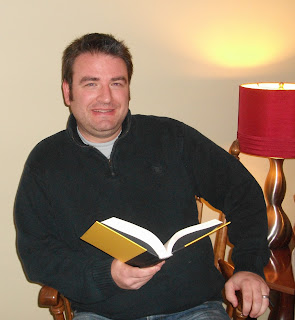 Please welcome Gregory Thompson to So, Write.  If you can tell a book by its cover, I think Thompson's will be a dark thrill ride.  I'm looking forward to the release next week.


Please tell us a little about yourself and what motivated you to start writing?
[Gregory] I've been writing for about 20 years. Had some stuff published in the late 1990's and then turned to 10 years of screenwriting before returning to fiction a few years ago. I mainly write science fiction/fantasy/horror and have a few works of each of those genres published in various magazines and anthologies so genre depends on the idea. I started writing in my teens when I was reading Stephen King's Cujo. As many horror fans know, that book isn't his greatest and I thought at the time I could do better than this. So I wrote a 7,000 word story called "Lucie" and realized I couldn't do better: that story sucked! However, I enjoyed creating characters, listening to how they wanted the story to move and wondering how everything's going to turn out. I have been writing in some capacity ever since. Some people might call that crazy; I call that being a writer. For more information on Nightcry go to Nightcry's Official Site (http://www.nightcrynovel.com). 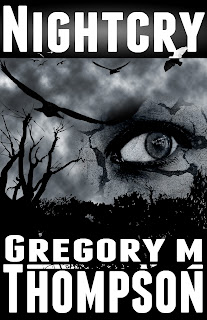 What is NightCry about?
[Gregory] Nightcry is a horror/supernatural thriller about a failed big city reporter, Grant Sykes, returning to his hometown to run its local paper. Soon, people start to die and suspicions point towards Grant. But he has reason to believe the cause of the deaths are from a supernatural being that terrorized and murdered his family when he was younger. To make matters worse, his high school rival, now the Police Chief, believes it's Grant and will stop at nothing to peg him. Grant hires a Ghosthunter to help investigate the being while Grant finds ways to clear his name.
How did you come up with the idea for Nightcry?
[Gregory] Nightcry came about a couple of years ago when I wanted to focus on some kind of horror terrorizing a small town. I love the small town atmosphere and the potential isolation they offer. Honestly, it took a week of brainstorming to figure out a few of the characters and what supernatural force haunted the main character; but after I plotted it out, I thought "hey, this isn't half bad!"
What makes Nightcry different or special compared to the other titles in this genre?
[Gregory] What I think makes Nightcry unique is different than what I've been hearing from my Beta Readers, so I will include both. First, I feel the book hones in on being an outsider in a small town, no matter if you are a complete stranger or someone coming home after a few years away. If you have ever been in that situation, then you'll fit right into one of the two main characters. Second, readers have been telling me that they enjoyed the first person narrative of a complete jerk, which was refreshing to them. Now as I wrote it, I had no intention of Grant turning out this way, but I came to understand he had contempt for the town and some of the people living there.
What type of reader do you feel will enjoy this book the most?
[Gregory] Any horror fan or ghost-lover should enjoy this book. Also, someone who wants a quick read to wile away a cozy afternoon. I think any reader who enjoys Richard Laymon or Brian Keene will have a good time with the book.
What has been the most difficult part of the publishing process for you? The most rewarding?
[Gregory] The most difficult part of the process was making the decision to pull Nightcry from the traditional publishing process. I retracted consideration from one agent and two publishing houses since it's been over nine months from the initial submissions. My last queries were in the middle of January this year and all three basically said, "We are stilling looking it over." That's fine, but if it gets approved and I do the edits and do this or that, it may be the middle of 2012 before the book sees the light of day!

The most rewarding so far is formatting the book for eReaders and print publication. I can see it take shape; I have control over how things look; I can say yes to that or no to this and not worry someone on the Board of Directors is going to pull the plug. I've also enjoyed having Beta Readers looking over the novel to give their critiques and suggestions. When the readers don't come back with the things I was fretting over, I get a boost of confidence realizingNightcry may actually sell a few copies.
When and where can we buy your book?
[Gregory] Nightcry releases on March 9 and it will be available from Barnes & Noble (print/nook), Amazon (print/Kindle) and through Createspace. I am working with my local Barnes & Noble to sell paperback copies through a few Author's Events and I am looking into setting up a space at the next Author's Fairs in my community and having a table at one of my local library's FantasyCons.

Thanks Gregory!  I wish you the best of luck with your release.
by Genevieve Jack at 8:04 AM
Email ThisBlogThis!Share to TwitterShare to FacebookShare to Pinterest
Newer Post Older Post Home