I am very pleased to announce that Grounded, my first young adult novel since The Soulkeepers Series, is finished and will be available as early as next week!
Add it on Goodreads 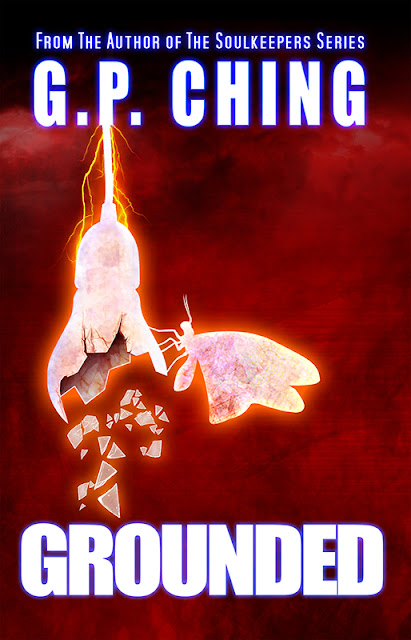 All my life I've worked to be simple, but I can't pretend anymore. Nothing about me is simple.


n the year 2050, a secret government study nicknamed Operation Source Code injects eight volunteers with a retrovirus. The goal? To abate the energy crisis by reprogramming human DNA to power personal electronic devices. The experiment works but with disastrous consequences.
Seventeen years later, Lydia Troyer is far from concerned with the energy crisis. Growing up in the isolated community of Hemlock Hollow, life hasn't changed much since 1698 when her Amish ancestors came to America. She milks her cow by hand, makes fresh bread every morning, and hopes to be courted by Jeremiah, the boy who's been her best friend since she could walk.
But when Lydia's father has a stroke and is taken to the outside world for medical treatment, Lydia and Jeremiah leave home to visit him. An ordinary light switch thrusts Lydia into a new world where energy is a coveted commodity and her own personal history makes her the most sought-after weapon on the planet.
by Genevieve Jack at 4:38 PM
Email ThisBlogThis!Share to TwitterShare to FacebookShare to Pinterest
Newer Post Older Post Home